LoRa is short for Long Range. It is a low-distance, distance-distance close-contact technology. It is a kind of method, whose biggest feature is the longer distance of wireless transmission in the same series (GF, FSK, etc.) spread farther, the problem of measuring distance and distance coexisting at long distances. It can extend 3-5 times more than traditional wireless under the same conditions.

LoRaWAN is an open standard that defines the communication protocol of LoRa chip-based LPWAN technology and LoRaWAN defines Media Access Control (MAC) at the data link layer. The protocol is maintained by the LoRa Alliance.

LoRaWAN has clearly introduced as the above that it is a protocol. The so-called protocol specifies a set of rules and processes. Any LoRaWAN compliant node needs to follow the LoRaWAN requirements to communicate. LoRa is a modulation method, and LoRaWAN is an application built according to the LoRa modulation method. Simply put, the LoRaWAN module uses an ordinary LoRa module, and then sets parameters or sends and receives signals according to certain rules.

Generally speaking, the LoRa node module cannot communicate with the LoRaWAN node module, even if all the parameters of the two modules are the same.

Since LoRa defines the lower physical layer, the upper networking layers were lacking. LoRaWAN is one of several protocols that were developed to define the upper layers of the network. LoRaWAN is a cloud-based medium access control (MAC) layer protocol, but acts mainly as a network layer protocol for managing communication between LPWAN gateways and end-node devices as a routing protocol, maintained by the LoRa Alliance.

LoRaWAN defines the communication protocol and system architecture for the network, while the LoRa physical layer enables the long-range communication link. LoRaWAN is also responsible for managing the communication frequencies, data rate, and power for all devices. Devices in the network are asynchronous and transmit when they have data available to send. Data transmitted by an end-node device are received by multiple gateways, which forward the data packets to a centralized network server. Data are then forwarded to application servers. The technology shows high reliability for the moderate load, however, it has some performance issues related to sending acknowledgements.

As the manufacturer of RF passive components, Jingxin can custom design the components to support LoRaWan. there is one cavity filter 868MHz operating from 864-872MHz which can totally work for this solution. More detail can be offered. 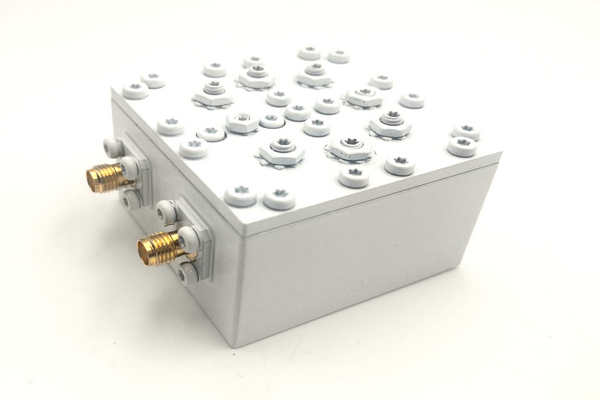